As a part of Provident Financial Group, Vanquis Bank is committed to supporting diversity and creating an inclusive culture for all our colleagues and other stakeholders.

As a Charter signatory, we are also creating a more inclusive workplace culture through our newly launched leadership development programme. The design of the programme directly supports the development of future women leaders and accelerates their success, establishing a larger critical mass and deeper talent pipeline of high potential women.

The below report details Vanquis Bank’s gender pay metrics as captured at 5th April 2018 and is the second year we have published our results. In the commentary, we describe some of the changes from our first set of results captured at 5th April 2017. The comparison therefore reflects differences in our gender pay positioning between 2017 and 2018 and a number of initiatives, including those described above, have been implemented since this time.

Although our results show some improvements in key metrics between 2017 and 2018, we know we are not yet where we wish to be and there is a lot still to achieve. We are excited about how we are prioritising our equality, diversity and inclusion agenda and the changes we will deliver.

Our Pay and Bonus Gap

Gender pay gap reporting rules require each of the companies within Provident Financial Group to publish results at the individual company level, rather than for the consolidated Group.

We are pleased to confirm that we have already achieved reductions in the key gaps of mean and median hourly pay, which closed 8.6% and 0.6% respectively, from our position at 5th April 2017.

The changes to our bonus metrics from last year are more balanced, with the mean bonus gap reducing by 7.5%, and the median bonus gap increasing by just under 2%. We are confident that we understand the movements in gender representation within senior roles that drive any increased gaps, and that our robust fairness and equity monitoring processes, that are an established part of our annual compensation review process, ensure we deliver equal pay for equal performance.

In terms of the proportions of women and men who receive bonuses, our trend of a higher percentage of Females receiving bonuses continues for a second year. 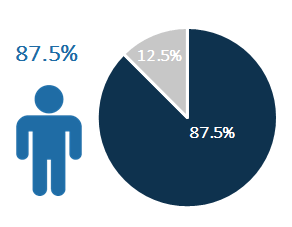 Consistent with most financial services companies, Vanquis Bank has a higher proportion of men in the two higher earnings quartiles than women. There is little year to year evolution in the gender balances of each quartile. Addressing the imbalance of higher earning men and lower earning women across our pay continuum is a key priority for Vanquis Bank over the coming years. 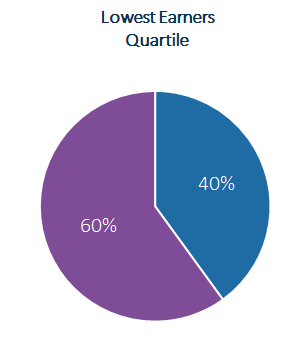 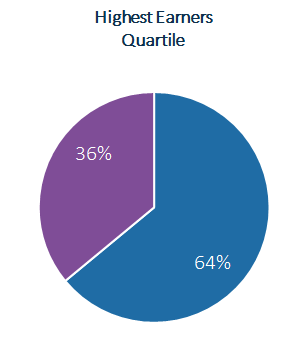 I confirm that the data presented in this statement is accurate.